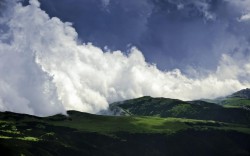 The hetras cloud-based Hotel Management Software has been selected by hotel groups based in Romania and Poland. Formally launched only six months ago, hetras already has satisfied customers in ten countries. The most recent successes show that Eastern Europe is ready for cloud-based hotel software as well.

Aducco Hotels, founded by Kurt Strohmayer, is a new brand based in Romania. Mr. Strohmayer, formerly of Hilton, Marriott and Renaissance, is rebranding and converting existing properties for the modern traveler. “A cloud-based system is imperative for my management style,” explained the experienced general manager. “I am constantly on the road but I need to be able to manage all of my properties real-time from wherever I am. Even before I started Aducco, I was convinced that hetras was the only hotel software company that shared my vision.” The first Aducco hotel to convert to hetras is the Aducco Silver Mountain Apart Hotel & Spa in Poiana Brasov.

Stare Miasto, part of a hotel group based in Krakow, Poland, also chose hetras after a six month search. The hotel group had been using a simplified cloud-based system which couldn’t meet their requirements for reporting and integration with third-party systems. Stare Miasto will use the hetras channel manager as well as interfaces to POS, PBX, Keycard system and payment systems.

Tanja Baier, account manager at hetras, added “I’m really pleased to see that our concept is taking off in Eastern Europe. In addition to Romania and Poland, we are generating serious interest from virtually all other countries in the region. Fortunately our R&D team is extremely fast at developing and releasing the local 3rd party interfaces required.”

The fact that Eastern Europe is ready for cloud-based products does not come as a surprise. According to recent research, Romania, Latvia and the Czech Republic all rank among the top ten countries in terms of internet speed, ahead of countries such as Germany, Great Britain, USA and all of Scandinavia.

hetras’ next trade show appearance is at the prestigious International Hotel Investment Forum in Berlin from 4-6 March. This gathering has been instrumental in past years for the rapid expansion of hotel business in the Eastern European region. hetras is also invited to present at the three Hospitality E-Commerce & Revenue Management Conferences in Budapest, Prague and Warsaw later this year.