Forgot to book a room? Simple! Beat the crowds by booking online …

It’s trade show season, and not only that, but the city you're in also attracts a lot of tourists and most hotels are either already fully booked or their prices have gone way up. Here is how to still get a room and beat the odds ... 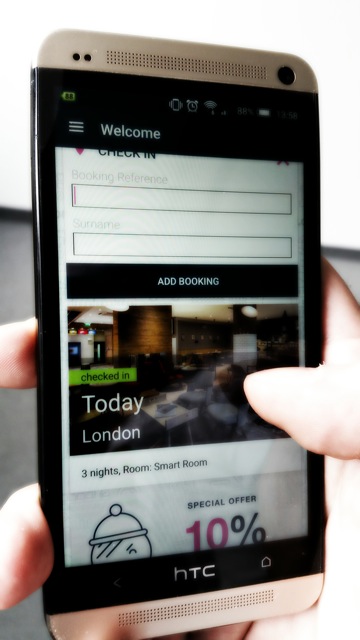 It’s trade show season, and not only that, but the city you're in also attracts a lot of tourists and most hotels are either already fully booked or their prices have gone way up. Here is how to still get a room and beat the odds ...

Most people book hotel rooms online these days. However, as with anything that becomes a habit, it’s easy to think you booked one, when in actual fact you didn't!

Which is exactly what happened to Robert Maßer, who lives in Austria and often works in Munich – and this is what he did ...

So, you only realized that – damn! – you hadn't booked a room when you arrived at the hotel?

Yes, exactly. It was evening, and I had just arrived in Munich and I usually stay at Motel One. So, when I got there, they simply told me, "Really sorry, but we are fully booked" and that I hadn't actually made a reservation ... Which was when I remembered that I had meant to look for a good-priced room just before setting off to Munich because I knew that Motel One is often fully booked when there is a big trade show on. And of course, I'd forgotten!

So, what did you do?

Well, because I knew that there was a trade show on, I also knew that I had to be quick. So, I headed straight to Hotel Derag next door, where I was met with a queue of about 30 people blocking reception, which told me straight away that there wasn't much hope.

So, did you end up calling friends, to spend the night on their sofa?

I don't tend to give up that quickly and I know that it is often easier to do things online and, more importantly still, that it's faster. So, I simply found some place with WIFI and booked a room online.

And so you beat the crowds by booking a room online?

Exactly! When I got back to the hotel, they were just in the process of turning people away because they didn't have any more rooms. If you are web or technology-savvy, you are generally guaranteed to not only benefit from better prices, but you can also save yourself a lot of time.

Isn't that what hotels use apps for these days?

Yes, some hotels do, but most don't yet. However, a lot of those that don't are working on offering apps as quickly as possible. Seeing that I spend an awful lot of time in hotel receptions because of my travels, I would love to be able to use apps like that.

Robert Maßer knows what he is talking about, because the 37-year old developer has been working for hetras since 2008. Hetras will soon release an app that allows hotel guests to check in online and to plan their next trip well in advance. However, there is yet another reason why Robert feels very excited about the hotel sector: "It’s precisely because the hotel sector is so old-established and set in its ways that it has tremendous potential for change. I am also totally in favor of the trend by which some smart hotel operators are now making sure that people can only get their best room rates by booking straight on their own website, which means they no longer have to pay commissions to expensive booking platforms.