Kim Rebernig: “We all contribute to the company's success""

Although the name Kimberly A. Rebernig might sound like something from a novel, Kim actually works as Customer Success Manager for hetras. Kim grew up in Canada and became involved with hotel management software early on. She remains fascinated by its rapid progression and development. 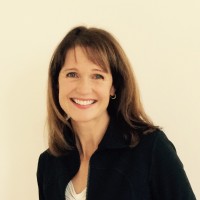 Although the name Kimberly A. Rebernig might sound like something from a novel, Kim actually works as Customer Success Manager for hetras. Kim grew up in Canada and became involved with hotel management software early on. She remains fascinated by its rapid progression and development.

So what exactly does a Customer Success Manager (CSM) do? "At hetras, we actively manage relationships with our customers to ensure their success", explained Martin Reents, company CEO. The Customer Success department was devised to place particular emphasis on customer relations. "Our CSMs are often viewed as the 'front door’ to hetras“, Reents continued, "responding to customer requests at all levels.“ It’s really about “helping customers to connect with the right role within hetras to get their question answered or issue resolved."

Kim is currently looking after several hotel chains from the New Generation Hotel Segment – for example the Ruby Sofie Vienna. In addition, she also acts as the main hetras contact for ICMI, Inverlochy Castle Management International, a group of small-luxury hotels in Scotland. As Customer Success Manager, she acts as liaison for the hotels with hetras support and development teams – a varied and exciting role.

“New generation”, “automation” – by-words that have always had a special appeal for Kim. After completing her degree at McGill University in Montreal, she made the transition to Europe in 1994 and gained a toehold in the hotel sector working in luxury segment hotels. It was during this period that she began to notice “how inflexible and static hotel management systems could be” but that there were also companies working on technologies designed to more fully exploit the potential inherent in online booking platforms. This was something she really wanted to be a part of.

As a new hetras employee, Kim was impressed with the company's open and cooperative culture: "Although there is a clear sense of direction", explained Kim, "nothing is set immediately in stone". Professional independence leads to a high level of achievement and personal responsibility. "We’re a family,” she goes on to say, “we all contribute to the company's success."

hetras' CEO about Kim: "She is effective in helping her hotels to achieve the very best."

Martin Reents greatly values Kim's commitment: "Kim is an extremely good listener and very perceptive. You feel that she has a genuine interest in her customers and in their success. This interest is also what allows her to pinpoint quickly what a customer needs and how to meet that need. And, because Kim has an equally sound understanding of what makes hetras tick, of who does what and of what's possible, she is able to help her hotels to maximize their success. “

Kim Rebernig isn't hetras' only Customer Success Manager – there is also Tanja Baier, hetras' CSM in charge of making sure customers are actually using the products she sells them to maximum effect. Tanja Baier's profile.